Literacy changes lives. Our mission is to empower people and strengthen community through education. 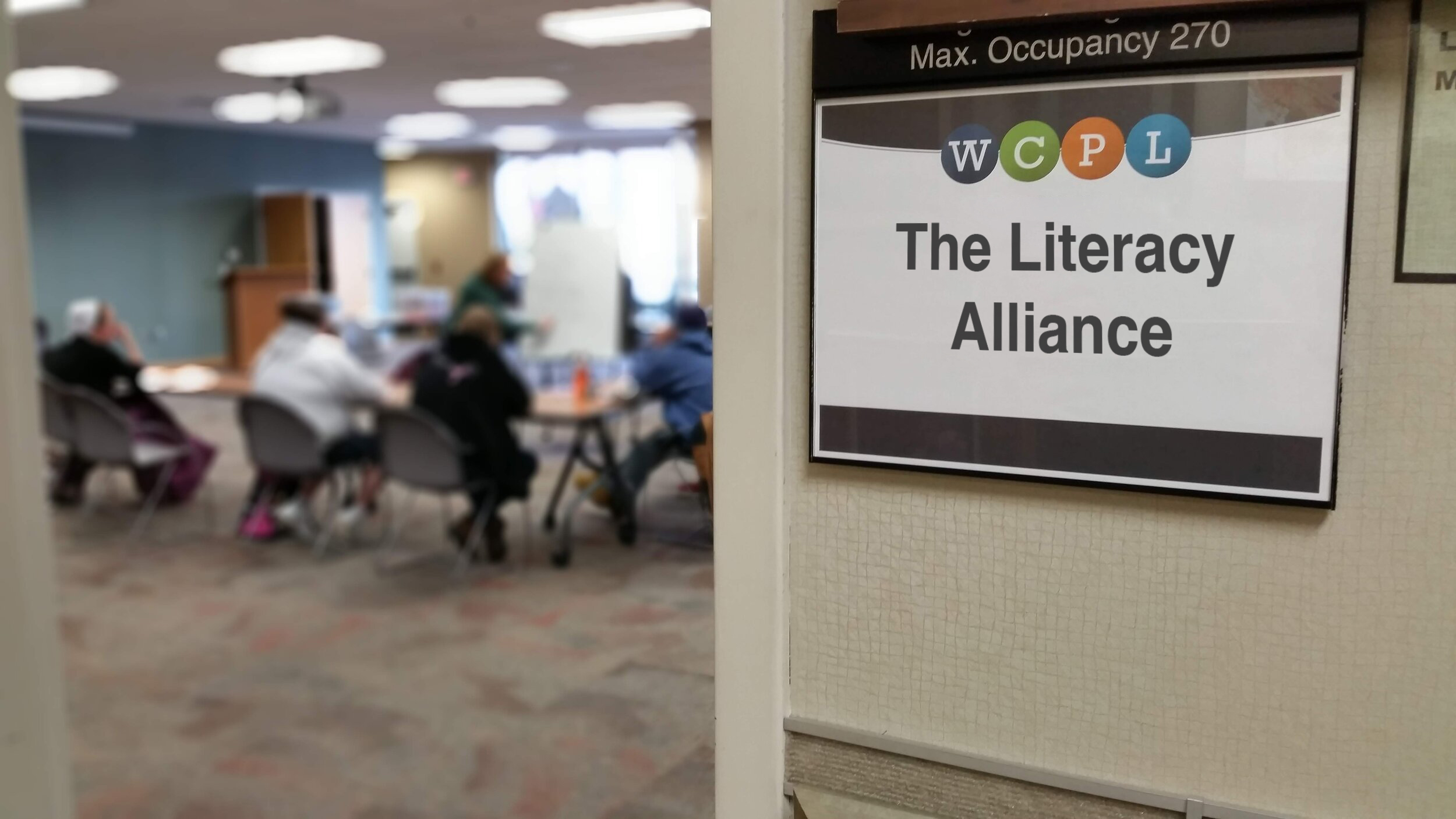 While Allen County is fortunate to have excellent academic options from pre-school through college and beyond, there are 30,000 adults without a high school degree or basic English proficiency skills; only 4% are enrolled in a literacy program. These adults are more likely to be unemployed, under-employed, impoverished, or incarcerated, which can result in community challenges such as increased crime rates and decreased employment, self-sufficiency, and dignity.

If you are reading this, you are one of the lucky ones. Unfortunately, thousands of adults in our community struggle to read and comprehend the basic English necessary to fill out a job application, fill out forms for their children’s schools or medical records, or follow basic instructions. Literacy is key to many issues facing our community, and improving literacy impacts many areas:  employment, public safety, healthcare, and our economy.

The Literacy Alliance works with adults to improve their literacy skills in various ways: obtain a high school equivalency diploma (HSE), improve English language efficiency, and obtain job training and skills certification. When individuals succeed in these areas, employers will benefit by having more qualified applicants for their open jobs.

Additionally, improving adult literacy impacts family literacy. Parents who struggle with reading often find that their children will also struggle. The Literacy Alliance works to break this cycle by providing free adult literacy services in five locations in Allen, Adams, and Wells Counties and collaborating with other organizations to address these issues.

TLA takes an individualized approach to teaching, knowing that adults come with unique experiences and histories. Since 1972, The Literacy Alliance has helped 15,500+ adults improve their skills to work, live and raise their families. This includes the 2,100+ adults who received their high school equivalency diplomas after studying with us.

Additional services included book distribution through the Books for Kids program which expanded to the Read to Me Campaign, and the creation of a Kenan Model family literacy program at East Wayne Street Center and Adams Elementary School in 1994. In 1997, TRLA purchased phonics software and a computer for student use. In 1999, TRLA moved to a new location on Clay Street.

In 2000, an English literacy program targeting Hispanic families opened. Several foundations support these services. TRLA partnered with Fort Wayne Urban League to offer book-sharing tips to inner-city minority families. The organization’s name was shortened to The Literacy Alliance (TLA) in 2004 and introduced to the community in a marketing campaign with a new logo and printed materials. At the Allen County Public Library, TLA started offering classes for adult learners at the lowest reading levels in 2009.

The agency opened two new centers in 2014 in Monroeville and Waynedale, two areas with higher concentrations of adults without high school diplomas. In January 2014, the State of Indiana adopted the High School Equivalency exam (HSE) to replace the GED. The test is more rigorous and requires use of higher-level thinking skills. The City of Fort Wayne provided funding for adult basic literacy classes while Northeast Indiana Workforce Development provided funding for high school equivalency exams.

The former executive director, Judith Stabelli, retired in 2014 after more than 20 years of service with The Literacy Alliance. In July 2014, Mike Landram was named executive director by the board of directors. In 2016, the organization was moved to The Summit, a community campus located at 1005 W. Rudisill Blvd., Suite 307 in Fort Wayne. To prepare adults for success, TLA added workplace preparation and training services in 2017. At the end of 2019, Mike Landram retired, and the board of directors appointed Melinda Haines chief executive officer in January 2020.

How Can You help?

If you are an employer struggling to fill jobs requiring a basic high school education, refer your employees or potential applicants to us so that they can receive free services to help them obtain employment with you or move up to a higher work classification. Contact us to learn how we can bring Project Graduate (high school equivalency (HSE) class), Project Connect (English Language Learners) class, or skills certification class to your organization or business.